Defective Democracies (and Promotion of a Conference)

On Friday, I'll be participating in and delivering a keynote address at a one-day conference to celebrate and promote a new book on constitutionalism. The conference, which is jointly sponsored by Pontificia Universidad Javeriana and Cornell Law School's Berger program is occurring "in" Bogota and Ithaca, but really in cyberspace and all over the world. You can register for the webinar (for free) here. My lecture will be from 10:05 am to 11 am (Eastern time), but the conference opens at 9:15 and includes an excellent lineup. At the conclusion of today's brief essay, I've set out the complete schedule.

For now, I'll briefly preview my lecture, which is titled "The Role of Constitutional Courts in Defective Democracies." My thesis is that they play roughly the same role in defective democracies as in reasonably well functioning democracies. Somewhat more provocatively, I'll argue that I have some expertise on the subject because the U.S. is a defective democracy.

I shall identify three dimensions along which to measure whether a democracy is reasonably well functioning: (1) representativeness; (2) respect for human rights, especially those of members of socially disadvantaged groups;  and (3) stability over time. I shall then explain how, if a democracy is defective but not too defective, constitutional courts can play at least a modest role in mitigating and even improving the system's performance over time with respect to representativeness and human rights.

However, I am less optimistic about the role, if any, for constitutional courts in promoting stability. In my lecture, I shall conclude by praising the performance of the US courts in the post-2020 election, while also noting the limits of the scope of that praise. For one thing, as I and others have observed in numerous fora, the Rehnquist and Roberts Court have been especially friendly territory for measures that aim to make it difficult for voters with a tendency to favor Democrats to vote. For another, the performance of the courts in the post-2020 election litigation was praiseworthy for what the courts did not do: they did not assist Trump and his supporters in their efforts to overturn the election. That's certainly not nothing, but it's also not what may be needed in the not-too-distant future: active resistance.

Here's what I mean by that: As cases reached the courts late last year, Trump and his allies were trying to reverse the status quo in which state and local election officials honestly counted votes. The courts, to their credit, did not cooperate. Yet especially given the laws now being passed around the country to enable Trumpy partisan hacks to lie about election outcomes, we can readily imagine a future election in which the plaintiffs seeking to overrule the status quo are the ones interested in upholding democracy and the defendants urging the courts to stay out are hoping to subvert democracy. In those circumstances, it's not clear that our courts will have the courage to reverse the hacks; Bush v. Gore, which roughly fits that paradigm, is not encouraging. Moreover, even if the the judiciary were inclined to intervene to stop a genuine subversion of free and fair elections, it's not clear that Trump, his successors, and their brownshirts will accept the result.

Put differently, as in reasonably well functioning democracies, so too in defective ones (like our own), the role of constitutional courts is substantial but not ultimately sufficient to ensure democracy's survival.

I'll leave the rest for the lecture itself. Here's the schedule for the conference: 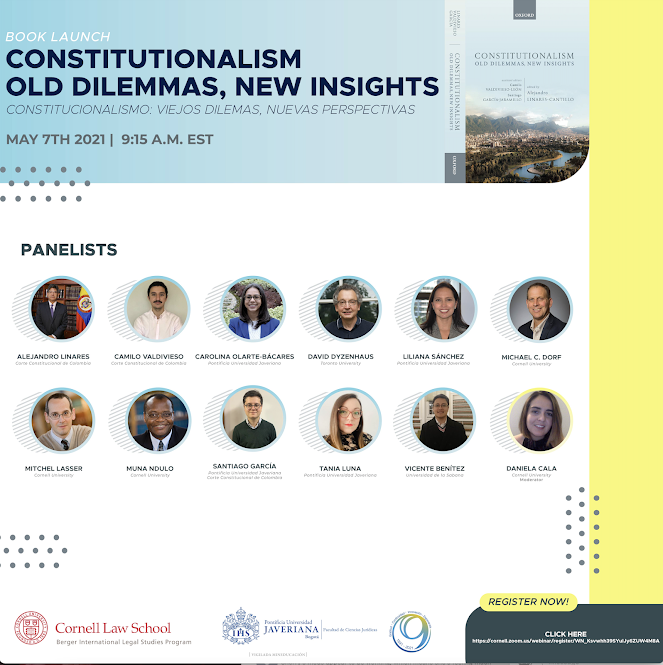